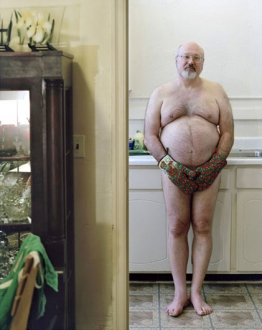 I discovered Alan Charlesworth's work on Flickr. I was drawn to his subtle and beautifully composed portraits. They confront you and draw you into the world of the man being photographed. Little touches give you clues as to what kind of person he is.

"My relationship with the Bear community began almost a decade ago. At first I was merely an outsider. Despite being a gay man it was still difficult for me to relate to these men. I do not identify as a bear, but I do adore the brotherhood and camaraderie. It took me several years to become comfortable around those I admired so much from afar. "