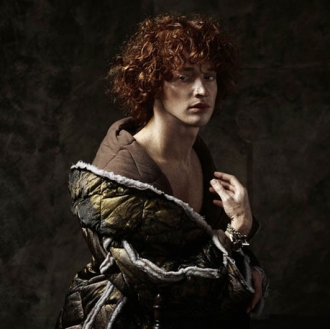 "Born in Hilversum in the Netherlands in 1959, Erwin Olaf lived in Amsterdam since the early 1980's, where he currently works from his studio in a former church hall.

Mixing photo-journalism with studio photography, Olaf emerged on the international scene in 1988 when his high-impact 'Chessmen' series was awarded first prize in the Young European Photographer competition, followed by an exhibition at eh Ludwig Museum in Cologne, Germany. Since then, in each successive photographic series, Olaf has continued to explore issues of gender, sensuality, humor, despair and grace."