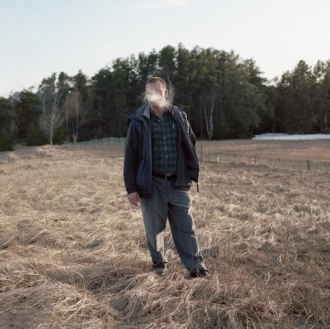 Hervé Demers is a photographer and a filmmaker living in Montreal, Canada. His first short films were selected by over 60 international festivals, garnering honours such as the Tamashii ("Soul") Award at the CON-CAN Movie Festival in Japan and the award for best emerging filmmaker at the 61st Yorkton Short Film & Video Festival in Canada. He is currently working on his first photo series titled "Early Suns".

I discovered Dermers' work on Flickr in the Hasselblad group. His work immediately struck me with its spare and elegant compositions. There is a melancholy feel that runs through a number of his images which speak eloquently of the "time between" where thoughts are your only companions. Most of his photos are devoid of people, but they evoke a human response - be it through anticipation, humour or the implied presence of someone.