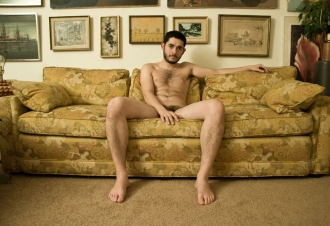 James of Oakland on Tumblr

I rediscovered James Wacht or James of Oakland on Tumblr and then realised that he was a contact on Flickr. His profile of Flickr simply says: "just a guy living in oakland california..." Well, perhaps he is, but he's much more than that. His work chronicles gay life in what is one of America's most permissive and open communities. But he does i in a fresh, un-selfconscious and sometimes humorous way. I sometimes find hints or the wink of an eye towards the artists in the genre who came before him, but his style is his own. Unencumbered by the past and what came before, he looks at and captures gay life and gay relationships as a modern poet might do.