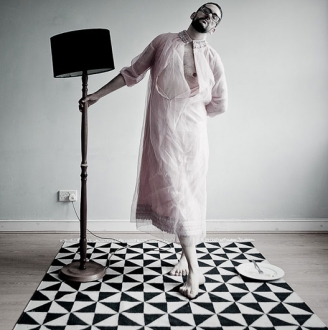 "Roberto Foddai is an artist from Sardinia. He graduated from the Accademia di Belle Arti, Sassari in 1995 and works mainly in photography. Foddai's work is story-based. With it he communicates about significant cultural and social issues while reflecting upon cinema, memory and nostalgia.

Artist Roberto Foddai is a storyteller whose witty, timeless and profound anecdotes are constructed not of words, but of the images that he shoots, often in the very early hours of the morning. His mesmerising work peels back layers of complex socio-political issues that are embedded in each and every of us: taboos, prejudgements and bigotry which are rooted in an intricate blend of collective, political, religious and cultural codes. Concealed within Foddai's images are these forbidden and often uncomfortable fables, narrated not to shock or to fabricate controversy, but rather to break Pandora's box wide open."